All My Loving, Love Me Do and Hey Jude mandolin tabs are also included. The tenor mandola tab is included which is also suitable for a banjo tuned CGDA. Watch out for the c notes in this song as some of the notes are sharp # and some are natural. Included is the basic easy to follow letter notes for beginners. The first banjo / mandolin is tuned GDAE. Usually on records and sheet music you'll see ''Music By Lennon And McCartney'' . After listening to an interview with Paul McCartney where he said that a lot of the songs he wrote for the Beatles were written by himself with no input by John Lennon yet the songs were still showing credits to Lennon And McCartney. Paul, said I don't mind seeing John's name on the credits but maybe my name should at least appear first. So for the first time here I have given credit to Paul McCartney first on the sheet music. By the way Paul McCartney wrote this song on his own. 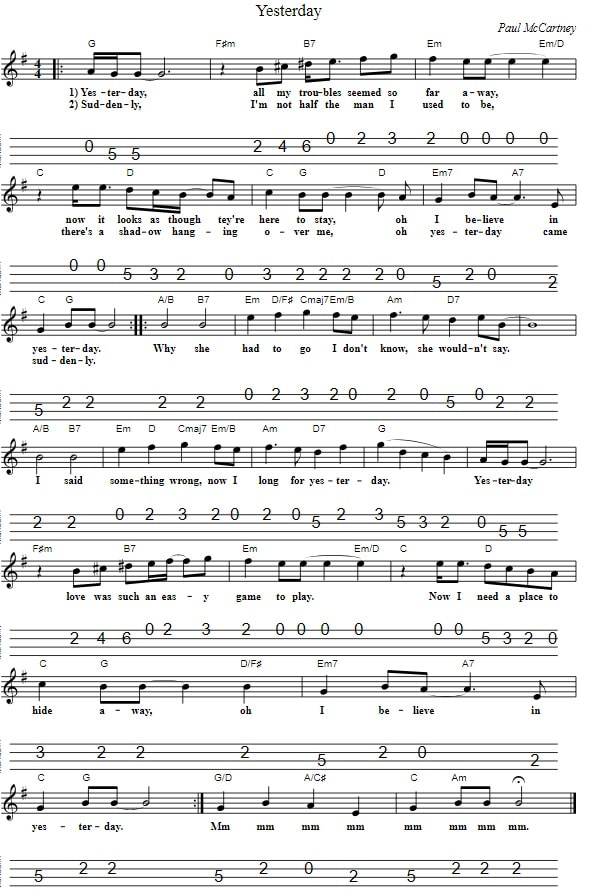 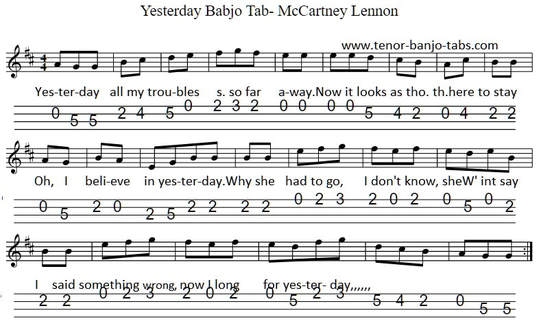 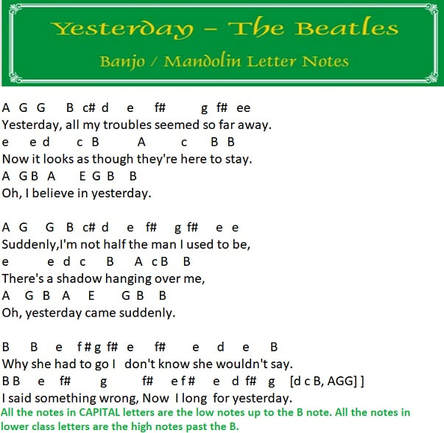 Yesterday music letter notes
​​​​Below is the list of songs [ tabs ] included in the Mandolin ebooks. The price is €7.90
and I'll email the download links after payment. Standard tuning GDAE,
You'll receive every song listed below which is around 500 and a mix of folk, ballads, pop and rock.
Now including a free Beatles ebook of songs and another of Irish rebel songs plus Christmas songs and hymns.
Also included is a 500 page ebook of lyrics and chords for the mandolin / tenor banjo in 3 different easy keys.
Martin
Below is another version of the Yesterday tab with all the bells and whistles. 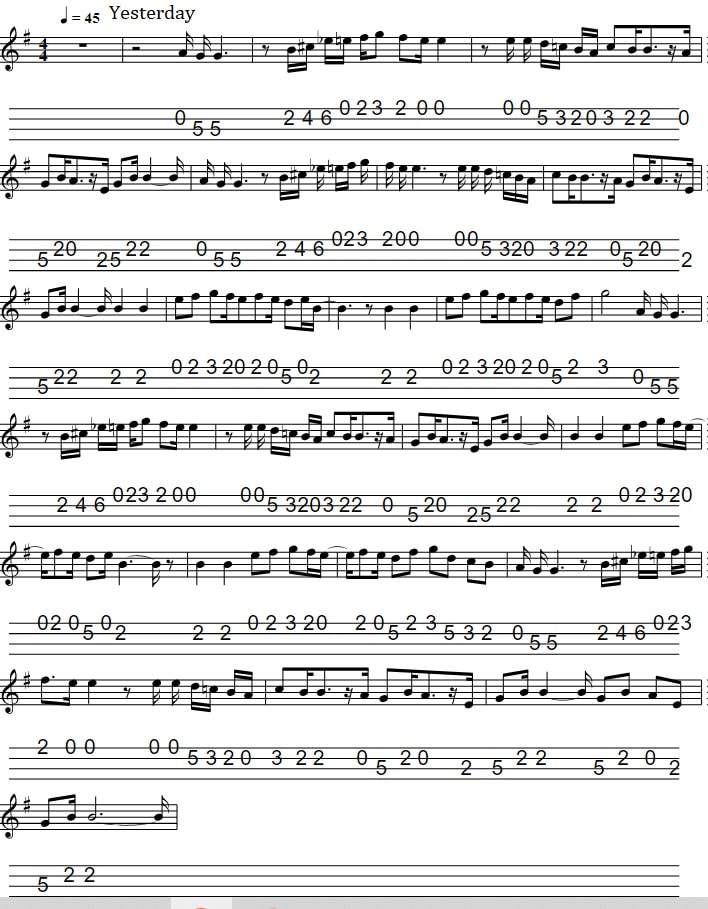 I have never heard Yesterday being played on the banjo. If anybody would like to make a youtube video using these notes that would be great. I could then place the video. Let me know if you decide to go for it. 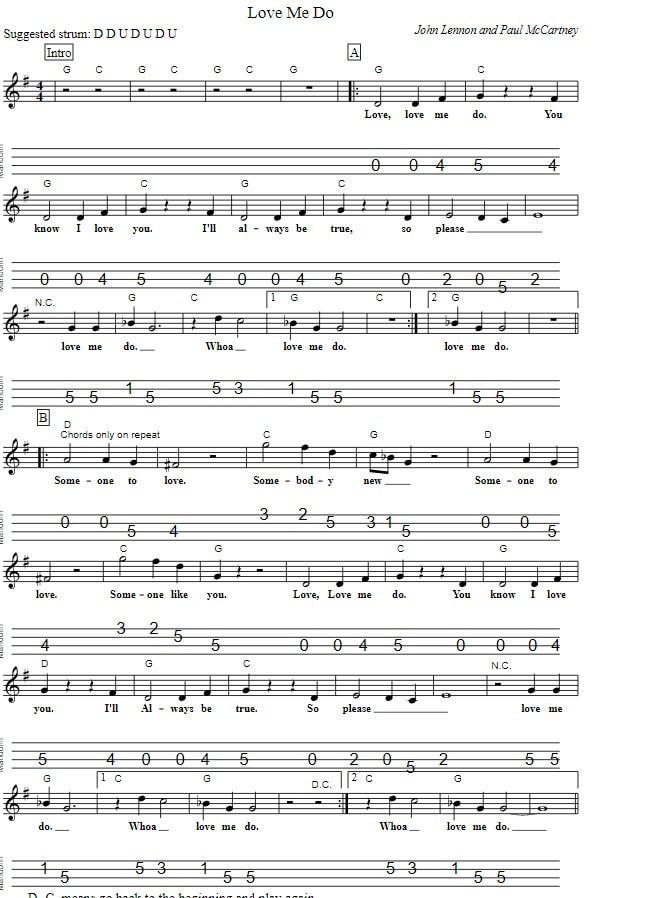 All my loving the Beatles mandolin tab in D Major 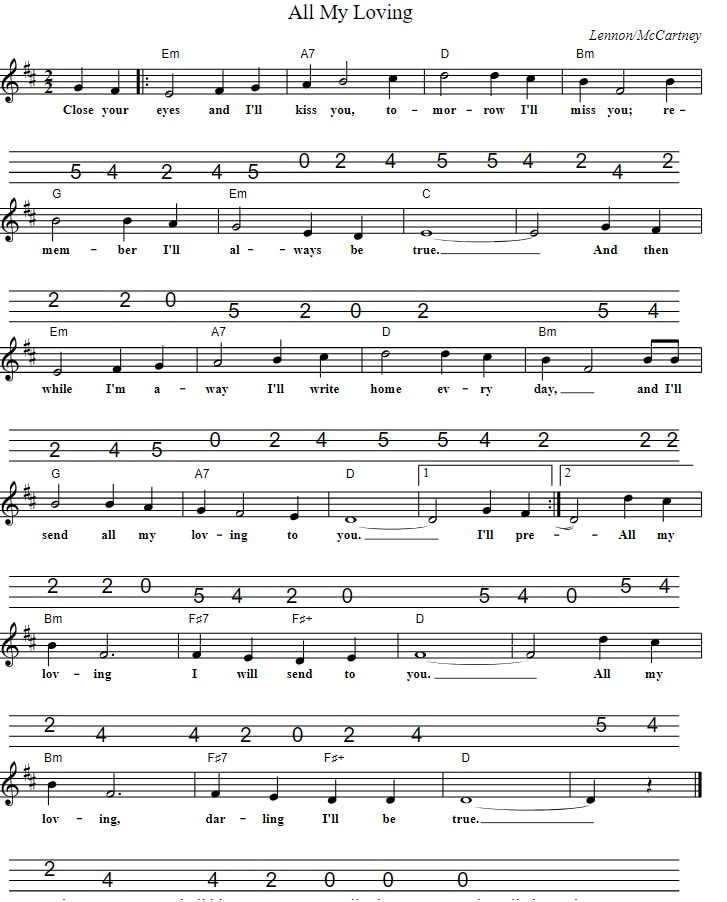 Hey Jude Tab in the key of G Major 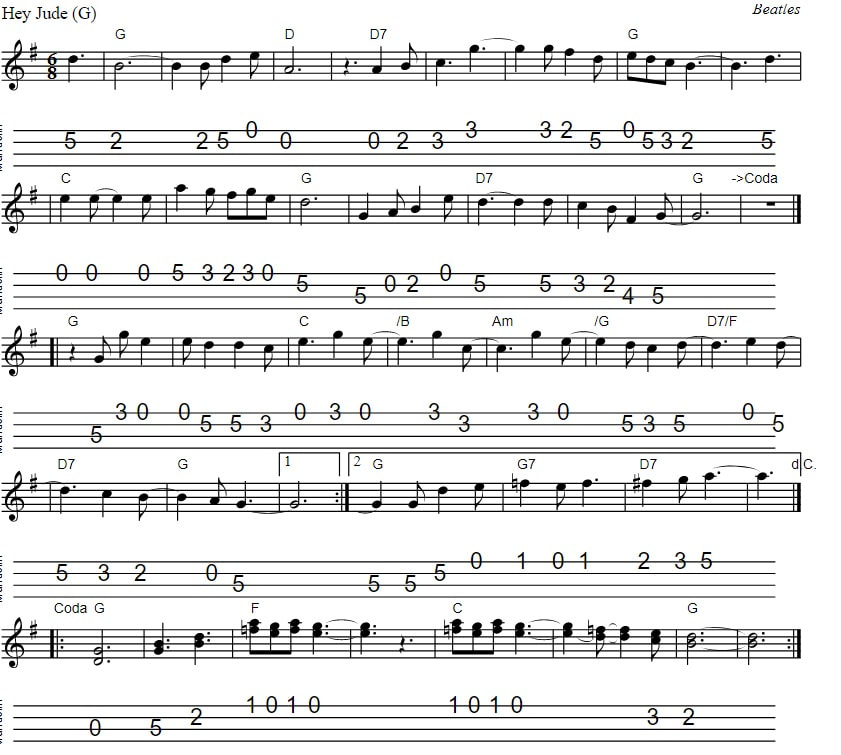