​Were On The One Road Banjo / Mandolin Tab

We're on the one road banjo tab by The Wolfe Tones in the key of D Major with letter notes. This song was written by Frank O'Donovan. The Wolfe Tones had the greatest success with the song. It was later recorded by Scottish group Charlie And The Bhoys. The first tab is in standard Irish tuning GDAE and I including another in CGDA tuning, which is the same as the Chello, The Mandola and the Viola. 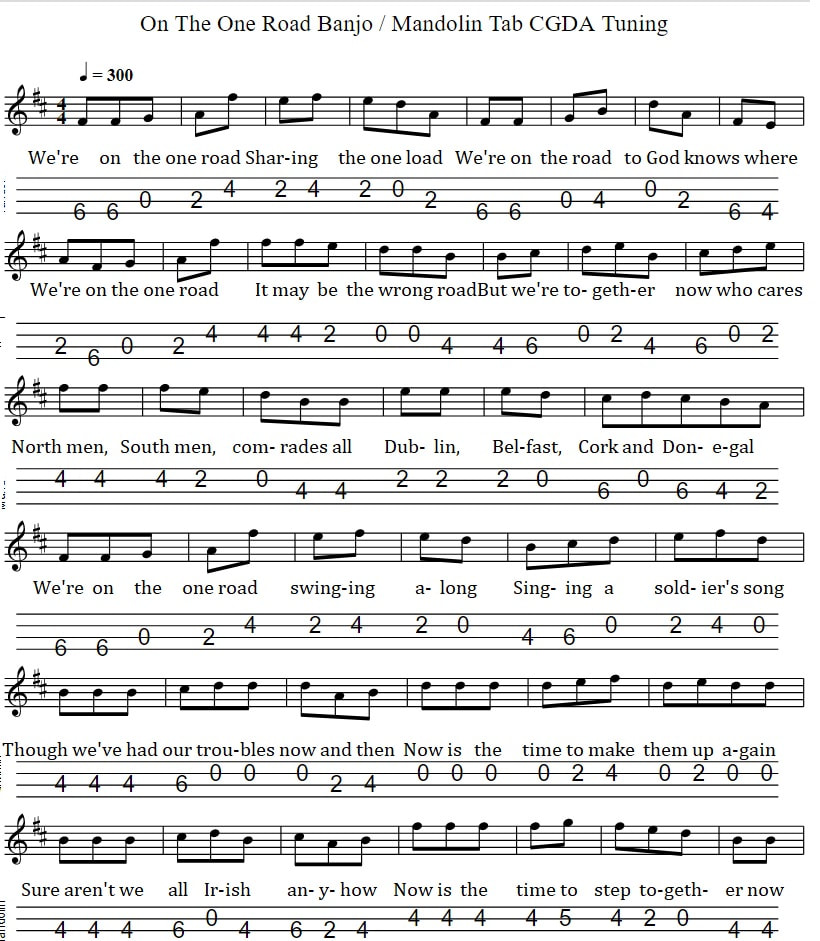