The Star Of The County Down Banjo Tab

Easy Mandolin /Fingerstyle Tenor Banjo / guitar Tab For The Star Of The County Down. This Irish folk songs comes from Co. Down in Northern Ireland. The first tab is tuned GDAE and the second banjo tab is tuned CGDA which is suited to the Mandola. It's very well known around the world and a regular song at sessions. The banjo / mandolin tab is in the key of G. The letter note version is in a lower key and different than the sheet music. It's good to have a couple of different versions of the notes. The song was covered by a rake of ballad groups over the years including The Wolfe Tones, The High Kings and rocker,  Van Morrison.

​​​​Below is the list of songs [ tabs ] included in the Mandolin ebooks. The price is €7.90
and I'll email the download links after payment. Standard tuning GDAE,
You'll receive every song listed below which is around 500 and a mix of folk, ballads, pop and rock.
Now including a free Beatles ebook of songs and another of Irish rebel songs.
Also included is a 500 page ebook of lyrics and chords for the mandolin / tenor banjo in 3 different keys.
Martin
The below version of the song is different that the above piece of music. 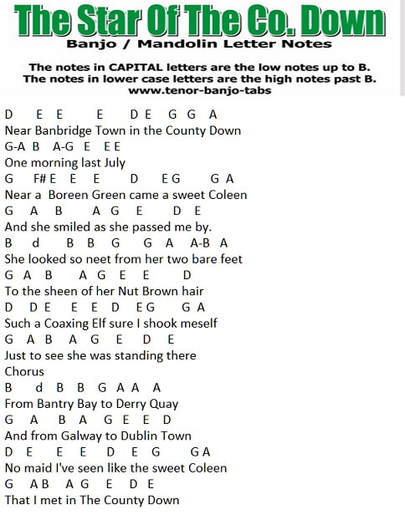 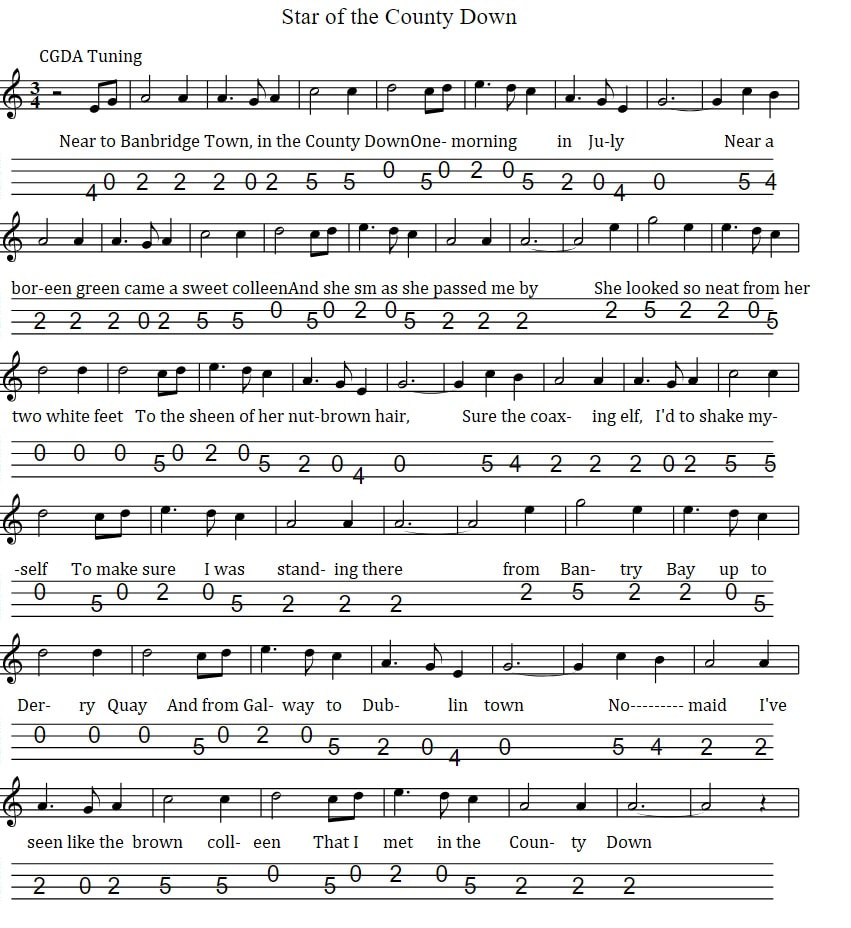