The Rising Of The Moon Banjo Tab

The Rising Of The Moon Easy Mandolin / 4 string banjo tenor guitar tab, fingerstyle. [ An Irish rebel song ]The reason I only give one line of notes is because each line of the tune uses the same notes. The easy to follow banjo letter notes are now included. [ An Irish rebel song from the 1798 rebellion ] The tab is in D Major. This rebel song was covered by Irish folk groups such as Na Casaidigh, The High Kings and Luke Kelly also sang it with The Dubliners. Shane MacGowan also done a version with The Popes on the album ''The Snake''. The tune was used for several other folk songs including The Wearing Of The Green Standard tuning of GDAE, the same as the fiddle, with another version in CGDA Tuning, same as the Tenor Mandola or viola. The tune is the same as an earlier rebel song called ''The Wearing Of The Green''.

​Below is the list of songs [ tabs ] included in the Mandolin ebooks. The price is €7.90
and I'll email the download links after payment. Standard tuning GDAE,
You'll receive every song listed below.
Martin 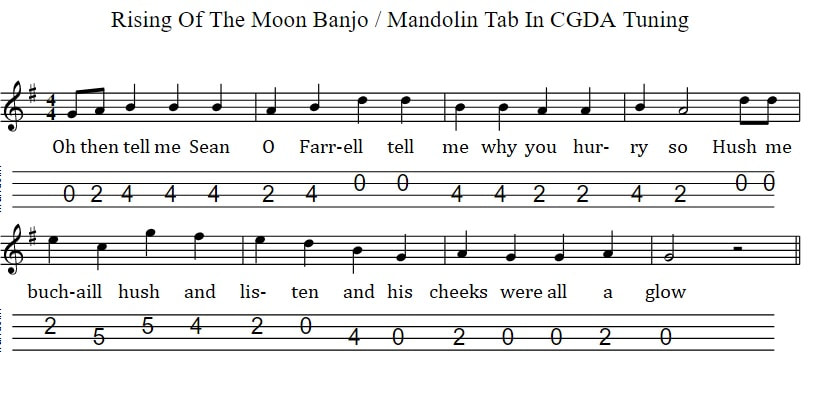