The words and music for this popular Dublin son were written by singer / songwriter Pete St. John from Dublin. The easy 4 string tenor banjo / mandolin tab is in the key of D Major with a handy version of the letter notes included for beginners .The first version is for Irish tuning of GDAE and another version in the tuning of CGDA, which is the same as the Mandola, and the Viola is also tuned this way. I also included version in the key of G [ GDAE Tuning ] which is much higher. This ballad became hugely popular in Ireland in the 1980's and still is today. 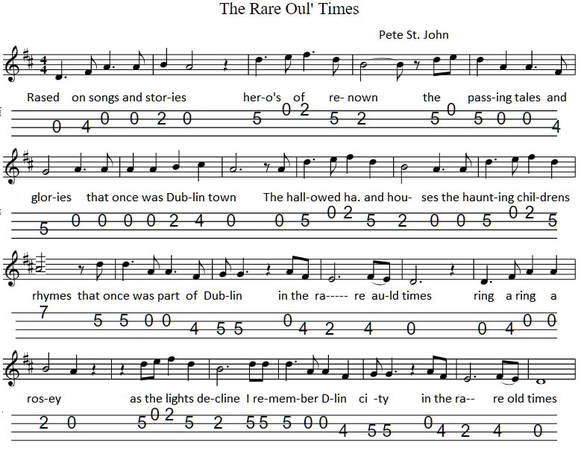 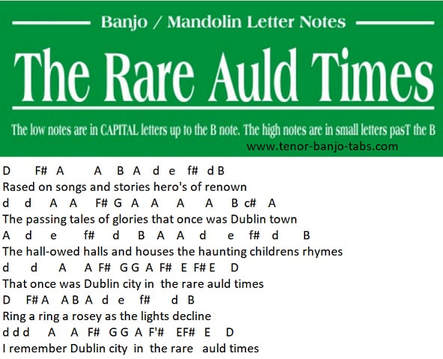 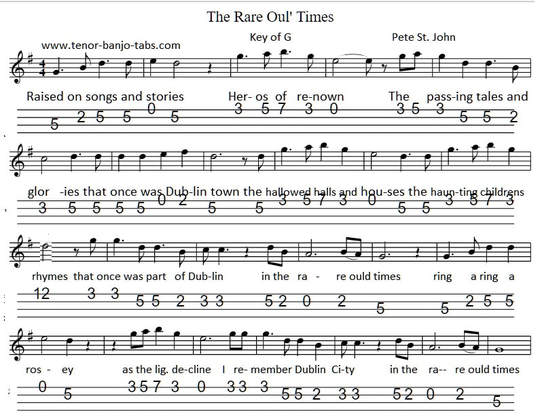 Below is the tab in the tuning of CGDA 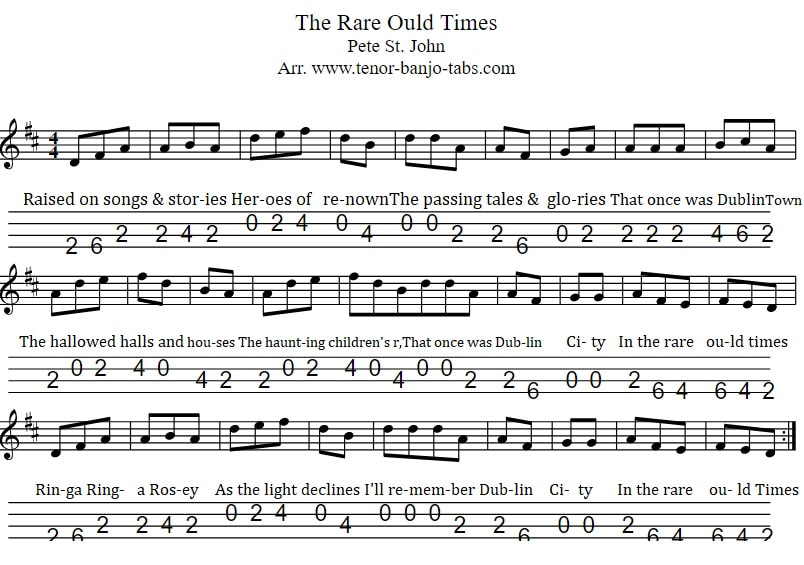 ​​Below is the list of songs [ tabs ] included in the Mandolin ebooks. The price is €7.90
and I'll email the download links after payment. Standard tuning GDAE,
You'll receive every song listed below which is around 500.
Now including another free Beatles ebook of songs.
Martin