​If I Had A Hammer Mandolin And Banjo Tab

If I had a Hammer is a song by Pete Seeger and Lee Hayes which was recorded by Pete Seeger. The version here is by Peter Paul And Mary and in their version the lyrics are slightly different than Pete's version. I have given two verses in the sheet music even though both use the same notes. I also included a version in D Major. 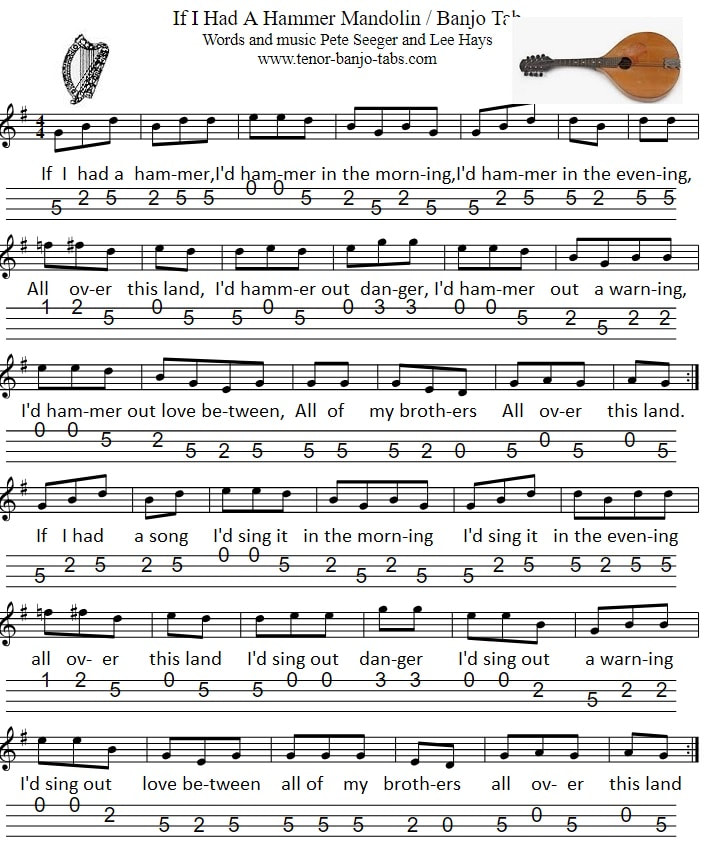 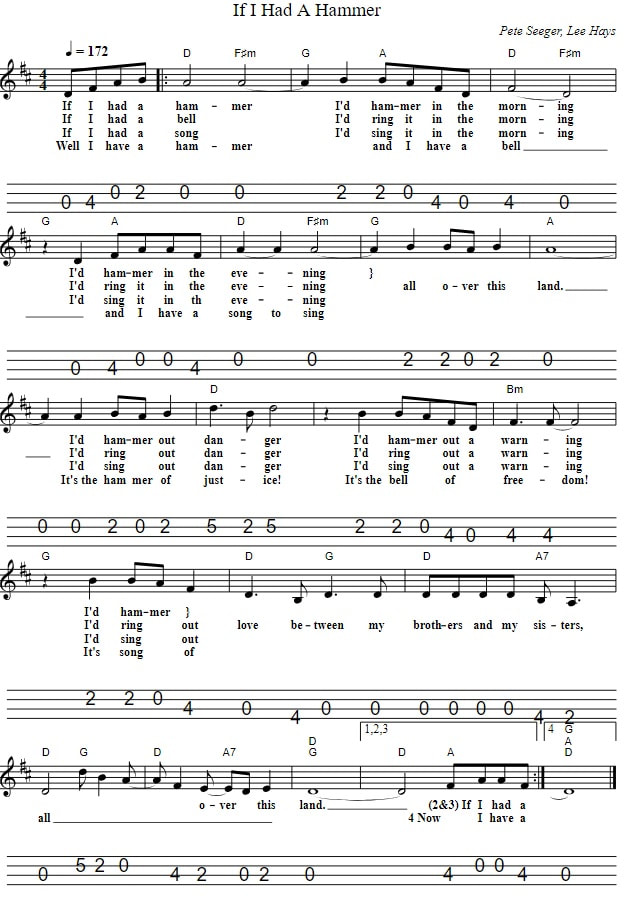