For the 4 string tenor banjo / mandolin. The most famous version of the song is by The Wolfe Tones with Derek Warfield on vocals. It's regarded as an Irish rebel song. It was also covered by Luke Kelly with The Dubliners. Included are the easy banjo letter notes for beginners who don't read tabs. The tune of this song was written by George Fredrick Root and was called ''Tramp Tramp Tramp'' , then along came a man named C. Herbert Woolston, who lived between the years of 1856—1927 who wrote a Christian song called Jesus Loves The Little Children, then along came an Irishman called Timothy Daniel Sullivan who wrote God Save Ireland and used the tune Tramp Tramp Tramp, then along came a man called Ray Stevens who wrote a song called Every Thing Is Beautiful [ See Mandolin Ebook For Everything Is Beautiful Mandolin Tab ] and as the intro to his song he used the tune and lyrics of Jesus Loves The Little Children. Now did you follow all that ? . Anyway, the first tab is in tuning of GDAE and the last tab is in CGDA. 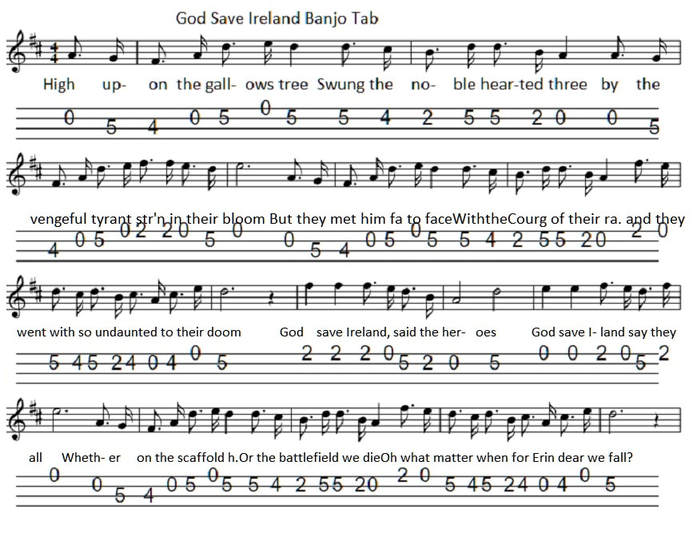 ​​Below is the list of songs [ tabs ] included in the Mandolin ebooks. The price is €7.90
and I'll email the download links after payment. Standard tuning GDAE,
You'll receive every song listed below which is around 500 and a mix of folk, ballads, pop and rock.
Now including a free Beatles ebook of songs and another of Irish rebel songs plus Christmas songs and hymns.
Also included is a 500 page ebook of lyrics and chords for the mandolin / tenor banjo in 3 different keys.
Martin 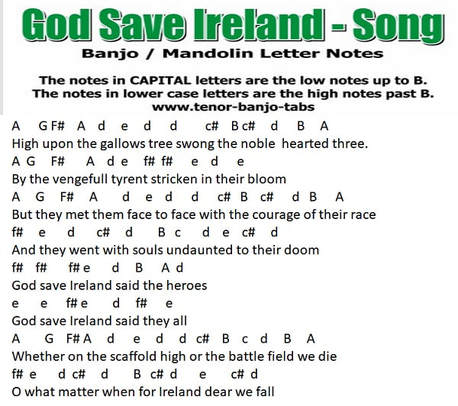 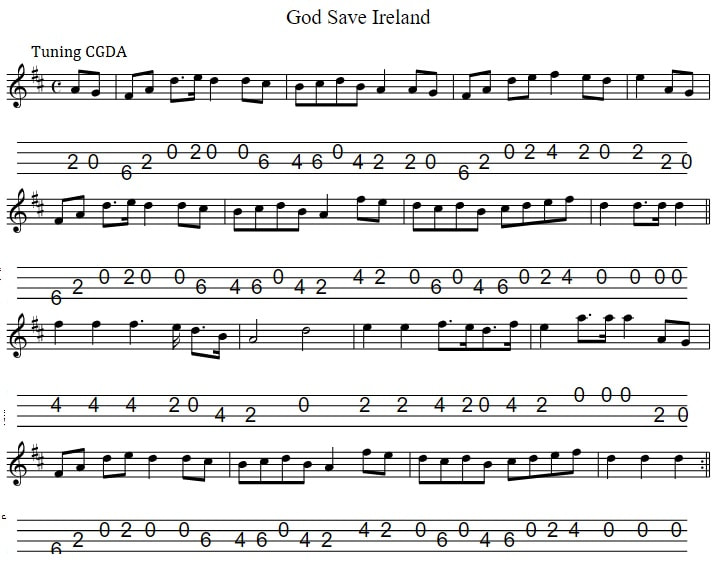