​For Ireland I'd Not Tell Her Name Banjo / Mandolin Tab

As far as I know The Wolfe Tones were the only group to record this song professionally. The tune is very close to ar eireann ni neosainn ce which was a big hit for Liam Clancy and The Dubliners which featured Barney McKenna on banjo. It's a beautiful tune which is often played at sessions around Ireland. I have also included ​ar eireann ni neosainn ce which uses slightly different notes. The first version in English I put together myself as I play the song quiet often. 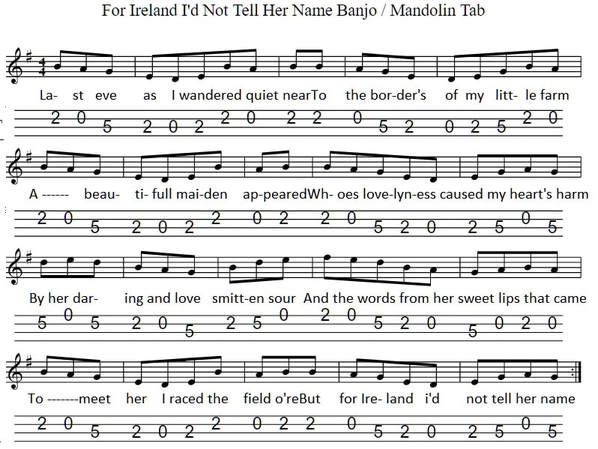 Irish folk song, for Ireland I'll not tell her name sheet music for mandolin and banjo. Key of G. 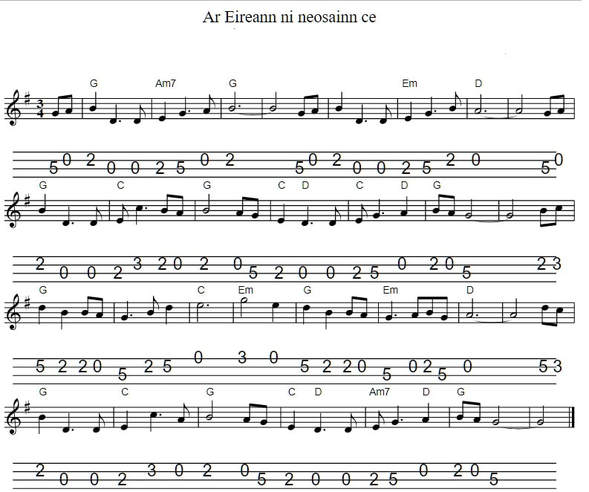