The words and music for this Corries song were written by Roy Williamson. It's one of the top 5 Scottish folk songs of all time. The fingerstyle banjo / mandolin tab is in the key of G and the tuning is GDAE.. But can also be played in the key of C as there are no c sharps or F sharps in the song, in fact the only F in the song is a natural note. I now have a version for the tuning of CGDA, which suits the mandola and cello also.

​Below is the list of songs [ tabs ] included in the Mandolin ebooks. The price is €7.90
and I'll email the download links after payment. Standard tuning GDAE,
You'll receive every song listed below.
Martin 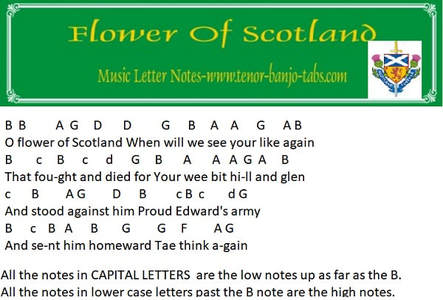 If your using the basic letter notes  to play this song on piano keyboard or accordion then remember that all the notes to be played are white notes. There are no sharps or flats [ black keys ] in this version.
Tip- There are a couple of words in this song that have only one syllable, such as ''sent''  that use two notes. When playing these notes play them sort of fast, another is the word ''Edward'' which has two syllables but uses three notes, again, play them in quick succession.

The version of the tab included below is for tuning CGDA 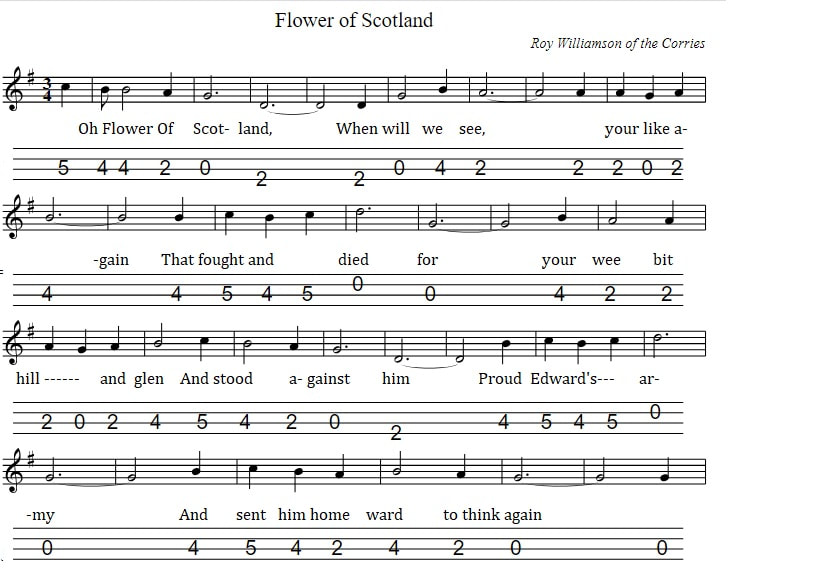