The first tab is for standard Irish tuning of GDAE [ for tenor banjo , guitar / mandolin fingerstyle format ] and the last tab is for CGDA tuning, which is also suited to the mandola. Boolavogue is a slow air. It's an Irish rebel song about the famous 1798 rebellion. [ slow air ] It's a song from Co. Wexford and was recorded by many ballad groups and singers including The Dubliners with Barney McKenna doing a great job on his banjo, Brian Roebuck, Anthony Kearns and The Clancy Brothers. The banjo letter notes are now included for beginners. It's a great song for playing on the 4 string tenor banjo. There's an image showing the piano notes / keys to be played. 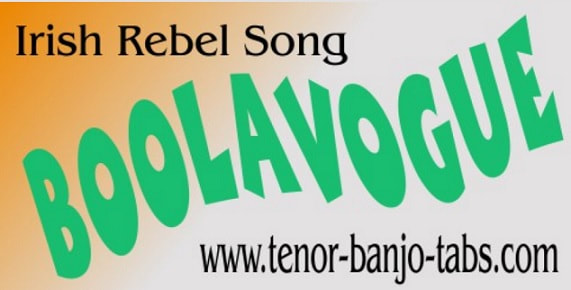 ​​​Below is the list of songs [ tabs ] included in the Mandolin ebooks. The price is €7.90
and I'll email the download links after payment. Standard tuning GDAE,
You'll receive every song listed below which is around 500 and a mix of folk, ballads, pop and rock.
Now including a free Beatles ebook of songs and another of Irish rebel songs plus Christmas songs and hymns.
Also included is a 500 page ebook of lyrics and chords for the mandolin / tenor banjo in 3 different keys.
Martin 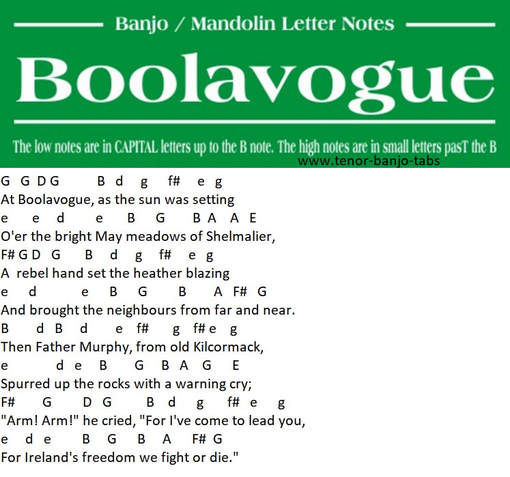 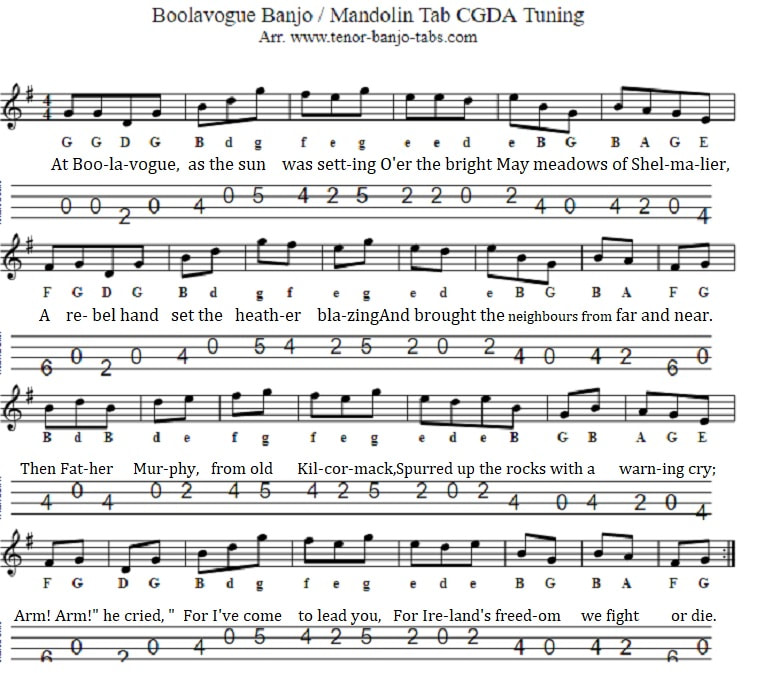