A Song For Ireland Banjo Tab

I think The Dubliner's with Luke Kelly on vocals were the first to record this song. It was later covered by Mary Black and numerous other ballad groups and singers ​subsequently. The song has become a standard at ballad sessions ever since. The version of the banjo sheet music here is in the key of G. It's not too difficult to play. If you're into the five string then I have an easy to play banjo letter note version. The first mandolin fingerstyle tab is in GDAE tuning and the last tab is set to CGDA tuning. 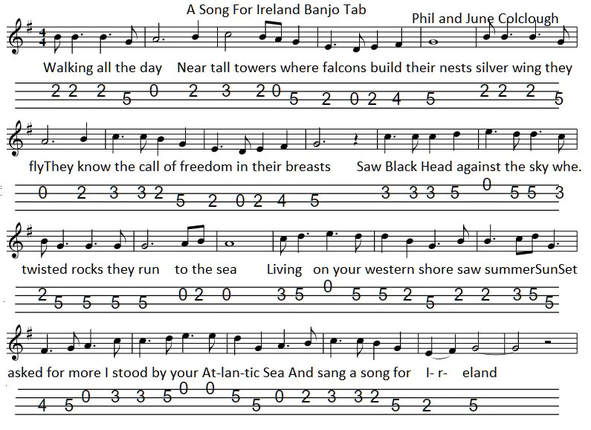 Banjo / mandolin tab for ''A Song For Ireland'' which was first released by Irish folk group The Dubliners. Sang by Luke Kelly.
​Below is the list of songs [ tabs ] included in the Mandolin ebooks. The price is €7.90
and I'll email the download links after payment. Standard tuning GDAE,
You'll receive every song listed below.
Martin 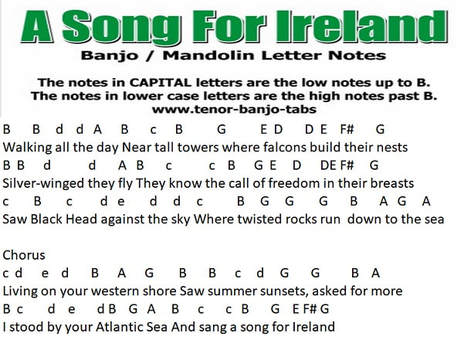 This is the easy to follow letter note version of ''A Song For Ireland'' and the notes used are the same as the sheet music tab. 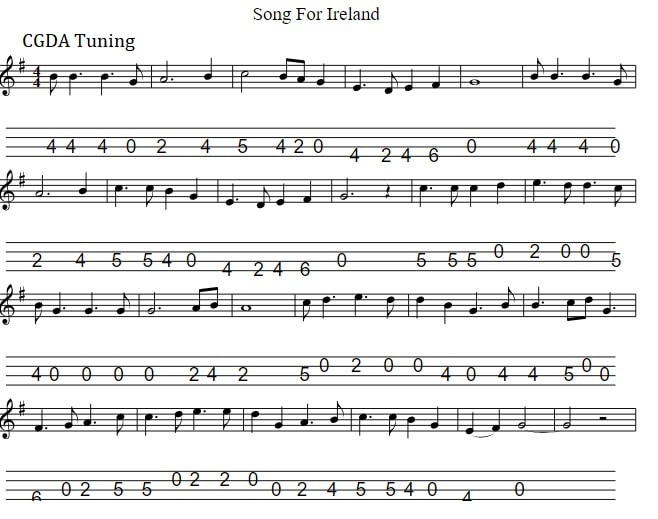